Every family has those revered ancestors whose portraits hang over mantles, and whose names are repeated by descendants for centuries after they are gone. We like to think our Schmidt family is made from some exceptional stock. We could write an entire book (in fact, we are!) about all the exceptional heroes that the Schmidt clan of Machtlos, Germany has produced, but here are just 7 for now (in no particular order): 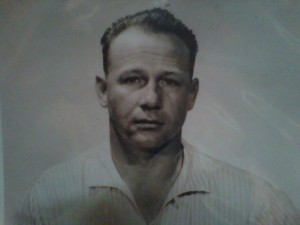 Clarence Alvin Krug was born on July 19th, 1922 in West Bend, Iowa, the son of John and Anna (Schmidt) Krug. He spent most of his childhood as a farmhand for his uncle, Ed Schmidt, and was a typical, mischievous teenager, earning the nickname “Tuff”. His life trajectory was changed forever with the outbreak of World War 2, when he joined the US Army and found himself overseas on the front lines. He was sent on spy missions behind enemy lines to retrieve Nazi secrets, and on another occasion led an advance of tanks across 500 yards of open terrain while exposed to artillery and bullets, to clear an active minefield. Tuff rose through the ranks so quickly that the Army soon ran out of ranks for a non-officer like him, and he was one of the first batch of soldiers to be promoted to the newly created E-9 rank. He earned two Silver Stars, the Oak Leaf Cluster, and the Army Commendation Medal. In his later years, he and his family led a quieter life in Washington state, where he worked for Allis Auto Supplies and mentored young people. 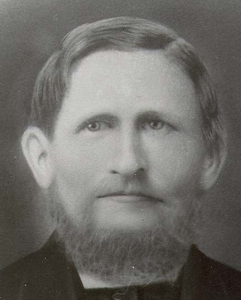 Conrad Jacob Schmidt was born on December 21st, 1841 in the Hessian village of Machtlos, Germany. He married Martha Elisabeth Lindemann, with whom he would have several children. By 1870, they had relocated to the larger Westphalian city of Essen. That year, during the Franco-Prussian War, the Prussian army poured through his neighborhood and conscripted him into their ranks as they marched toward France. Soldiers like Conrad suffered exhaustion, frostbite or heat stroke, hunger, and sickness, on top of the daily threat of death and injury. Conrad made it home in one piece and decided to move his family to America so that his sons would never have to experience the horrors of war. They took the SS Zeeland in the fall of 1883. Partway through the voyage, a vicious storm ravaged the vessel, and by the time their ship limped into the Philadelphia harbor, it was half-sunk but miraculously still afloat. Conrad would take his family to a much quieter life of farming near West Bend, Iowa, where he died in 1891. 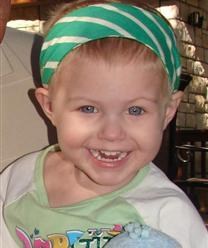 Rachel Ann Jost was born on October 9th, 2006 in Panama City, Florida, the daughter of Michael and Amy Jost. Rachel was the great great granddaughter of John and Anna (Schmidt) Krug of West Bend, Iowa. Her obituary put it best when it said of her: “Rachel touched many lives in her three short years. Her story inspired people she never met and her doctors and nurses nicknamed her their miracle child. Because of her battle with cancer, many others will benefit. … Her feisty spirit, determination and beautiful smile will forever remain in our hearts.” Having lived with a courage, strength, and spirit well beyond her age of three years, Rachel ended her battle with cancer on January 23rd, 2010 in San Antonio, Texas. 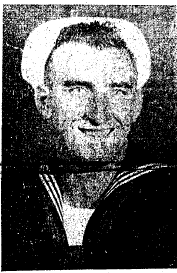 Richard Emil Anliker was born on December 8th, 1925 in West Bend, Iowa, the fourth eldest of the 12 children born to Noah and Elizabeth (Schmidt) Anliker. Richard served a commendable career in the US Navy, earning several ribbons. His life would be cut tragically short, however, on a Sunday morning in January 1947. Richard and three of his siblings (Helen, Daniel, and Paul) were at home preparing a noon meal, while the rest of the family was at church. For an unknown reason, an explosion engulfed the kitchen in flames. The youngest children were able to escape to safety, but rather than leave, Richard stayed in the house trying in vain to rescue his sister Helen. Eventually, he fell into the grass outside and his siblings extinguished the flames from his body, but the severe burns he suffered while attempting to save his sister soon proved fatal. 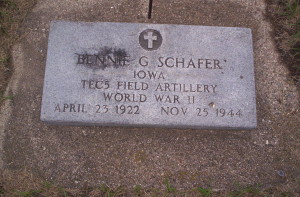 Benjamin George Schafer was born on April 19th, 1922 in West Bend, Iowa, the sixth youngest child of Gottlieb and Lizzie (Schmidt) Schafer’s 13 children. Benjamin, who would later be nicknamed “Toby,” grew up in West Bend and was inducted into the US military in January of 1943. After a year of training, he was stationed in Europe. His platoon saw some of the heaviest fighting in the border region between Germany and France. It was during one of the most uncommonly cold winters on record in northwestern Europe when Toby and his fellow soldiers fought in the Battle of Colmar Pocket to liberate Alsace from the Germans. Temperatures were -4°F, with a fierce wind and over three feet of snow. Toby sustained critical injuries during combat on November 23rd, 1944, and was airlifted north to a military hospital in Holland, where he succumbed two days later. 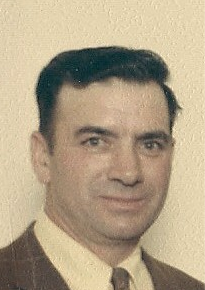 Arnold Henry Schmidt was born on December 26th, 1921 in Winthrop, Minnesota, the eldest of the 12 children born to Henry and Celina (Wirtz) Schmidt. The family moved around several times in the areas of West Bend, Iowa and Winthrop, Minnesota, before settling permanently near the latter. Arnold enlisted in the US Army at Fort Snelling on December 13th, 1944. During his career, Arnold served at Pearl Harbor, the Marshall Islands, Leyte and Cebu (Philippines), where he saw combat. After the Americans entered Japan, Arnold’s job was to drive a truck hauling humanitarian supplies to churches and orphanages. The roads were treacherous, usually unpaved, and he was often at risk of having his cargo stolen. After his military service, he returned to Minnesota establishing an implement and auto repair shop called “Schmidt’s Repair,” farming, and raising 6 children with his wife of nearly 50 years, Ruby. 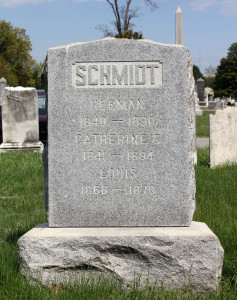 Herman Schmidt was born on April 20th, 1940 in Machtlos, Germany, the third youngest of the 10 children born to Dietrich and Sophia Schmidt. He followed three of his older siblings in immigrating to America on November 25th, 1857. He first settled in Boston, and later in New York City, where he enlisted in the Union Army on April 23rd, 1861. Enlisting under the alias “Louis Kraus,” so as not to alarm his siblings who might have worried for his safety, he served for 2 years, fighting in the battles of Cross Keys and Second Bull Run. He spent time as a prisoner of war, and received numerous injuries, including a head wound, a foot wound, a blinding of one eye, and a massive hernia that would plague him for many years after. After all this, the U.S. government never gave him a veteran’s pension, despite the appeals of numerous prominent citizens on his behalf. Following Herman’s honorable discharge from the Army, he opened a restaurant at the corner of Eleventh and F Streets in Washington DC. During a race riot in June of 1868, some gentlemen entered his establishment, asked for drinks, and then knocked Herman over the head with the whiskey bottles and made off with all his money. Less than two years later, a fire swept through the neighborhood and destroyed his livelihood. Despite his debilitating war injuries, Herman then scrimped together enough income as a salesman and boarding house manager to provide for his family, until his death at age 50 in 1890.

Get to know the rest of your amazing family at the 2016 Schmidt Family Reunion in Spencer, Iowa!