The Schmidts of West Bend, Iowa will dominate the record-breaking 2016 Schmidt Reunion in Spencer, Iowa. Yet, of all the places that the Schmidt immigrants from Machtlos, Germany could have settled in, why did they choose West Bend, Iowa? 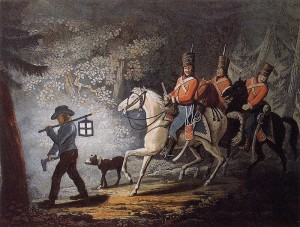 Hessian Troops in British Pay in the US War of Independence, by C. Ziegler, 1799 (Wikimedia commons)

The first residents of Machtlos, Germany to come to the New World were several young men who were recruited as Hessian mercenaries to fight for the British in the American Revolutionary War. Of the six known Machtlos mercenaries, three died of non-battle causes (such as disease, accident, etc.). The other three deserted to the Americans, and then disappeared into the New World, probably earning farmland as a reward for their desertion, and most likely changing their names to avoid retribution. One of those Machtlos mercenaries who died in America was a member of the Schmidt family–Johann Heinrich Metz (died September 1777), who was a great grandson of Hans Heinrich Schmidt.

It would not be until 65 years later, in 1842, when the next known Schmidt from Machtlos would come to America: Johannes Schmidt (b. 5 Oct 1822, son of Johannes Schmidt and Eva Christina Günther), who took the ship Marianne from Bremen to Baltimore on July 20th of that year. 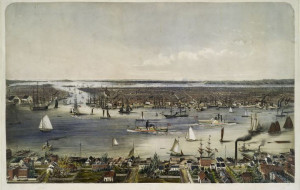 Four years later, a young lady from Machtlos named Martha Elisabeth Lindemann (b. 6 May 1820, daughter of Dietrich Lindemann and Anna Cunigunde Schuchardt) arrived in New York aboard the ship Meta on 24 June 1846. She made her way out to Saint Louis, Missouri, which had recently become the epicenter for immigrant settlement. Saint Louis was romanticized by immigrants as a pleasant, uncrowded city full of wide open space and opportunity. Because of the well-developed German community there, it was nicknamed “the American Rhineland”. Saint Louis was soon to boast the highest percentage of foreign-born residents of any city in America. 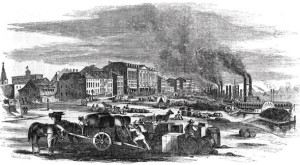 There in Saint Louis, on 29 June 1847, Martha Elisabeth Lindemann married John Adam Starff (b. 27 Jan 1813 in Niederkirchen bei Deidesheim, Rhineland-Palatinate, Germany), who drove a horse-drawn bus (probably shuttling travelers from the ferry landing to the city). They would go on to have 5 children: Daniel, Matilda, Thomas, and 2 who died in infancy. While residing in Saint Louis, John was recruited as a soldier in the Mexican-American War, where he served for a year. The experience was a harsh one, as American soldiers suffered severe shortages of clothing, food, and medicine during the Mexican-American War. Statistically, this war ranks as the deadliest in American history, with the highest mortality rate for soldiers. After the war, John desired a simpler and more peaceful life, so he took his family up the Mississippi River and settled in Rochester, Iowa. 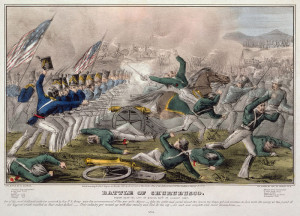 After one year in Rochester, John used his military bounty land warrant, which he received for serving a full year in the United States army, and in August of 1849 acquired 160 acres of land in Taylor Township, Benton County, Iowa. He subsequently traded 72 acres of that land for a horse. John Adam and Martha Elisabeth (Lindemann) Starff were the very first German immigrants ever to settle in Benton County, Iowa. He was known for his sense of humor about the fact that he was the only German-speaker in the area, and would say, “I speak German, French, and Swedish. If you can get hold of my horses’ bridle-reins, just you try and make them go” (because the horses would not understand commands spoken in English). The city of Vinton, Iowa was founded in Benton County in that same year of 1849. John built his own wooden wagon, and then he would cut and cart three loads of wood into Vinton every day. 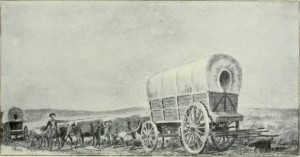 Emigrants Coming to Iowa,
from the book “History of Iowa from the Earliest Times to the Beginning of the Twentieth Century” (Wikimedia commons)

In the decade after Martha Elisabeth Lindemann immigrated from Machtlos, Germany to America, there were many more residents of Machtlos who made the journey to the United States, but they all settled in Pennsylvania, Massachusetts, or Washington DC.

Hearing good reports about Iowa, both the Hotzel family and the Michael Lindemann family went and joined the Starff family in Benton County, Iowa in 1865. They followed a route that had already been established by other Lee County, Illinois families that had migrated to the Dysart/Vinton area before: the John Messer, Martin Messer, and George Schrieber families who arrived in the mid-1850s. (see Stepping Stones of Time, Dysart Centennial Book, page 105) 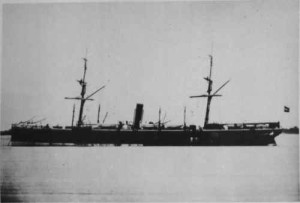 On June 6th, 1881 aboard the steam ship Silesia, the 17-year-old shoemaker Georg Karl Schmidt of Machtlos immigrated to America with many of his neighbors (who were largely from the Schneider family). From the New York harbor, Karl went along with his Schneider traveling companions via train out to Ellsworth County, Kansas, where the Schneiders intended to live near their relatives Justus Scheuch and Maria Catharina “Mary” (Schneider) Scheuch. (Karl Schmidt and Justus Scheuch were also third cousins, as they both descended from Johann Christoph Günther and Dorothea [Brinckmann] Günther of Machtlos.) Two years later, in 1883, Karl’s uncle and aunt, Conrad Jacob Schmidt and Martha Elisabeth (Lindemann) Schmidt, along with their children and some other family members, also made the journey to America. 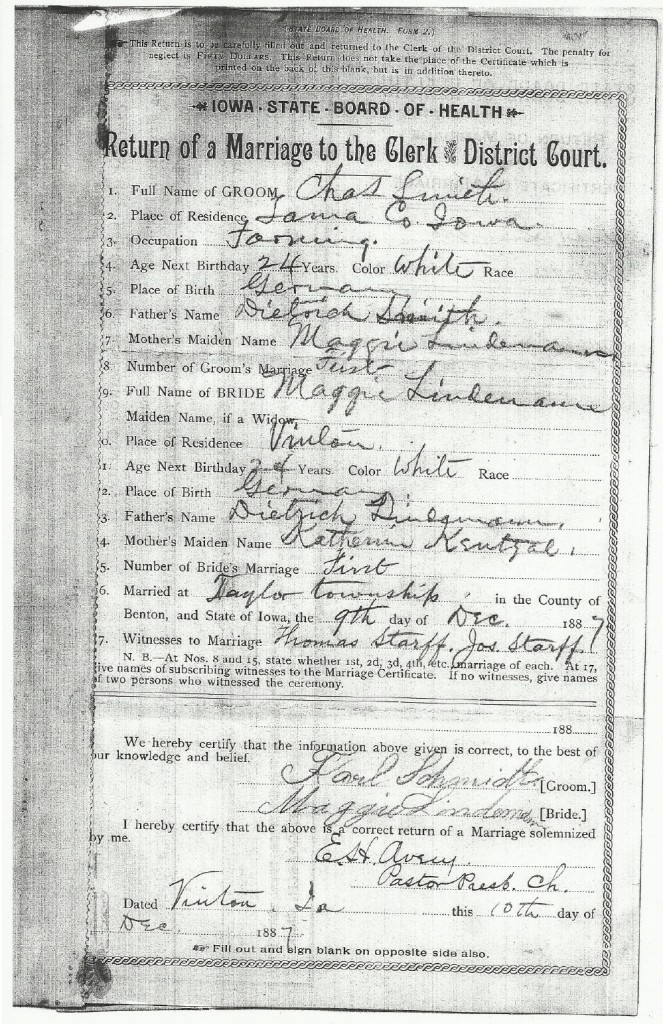 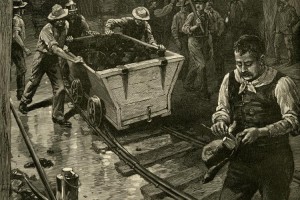 The Schmidt family largely engaged in farming in the Dysart/Vinton area. Karl Schmidt and his cousin Henry Schmidt (son of Conrad and Martha Schmidt) also did occasional work in the coal mines up in the northwest part of Iowa near Fort Dodge. With Karl and Henry Schmidt bringing back good reports about the farm land in northwest Iowa, Mike and Lizzie (Schmidt) Lindemann were induced to move in that direction, settling in 1888 on a farm in Humboldt County, Iowa, about 20-30 miles northwest of Fort Dodge. 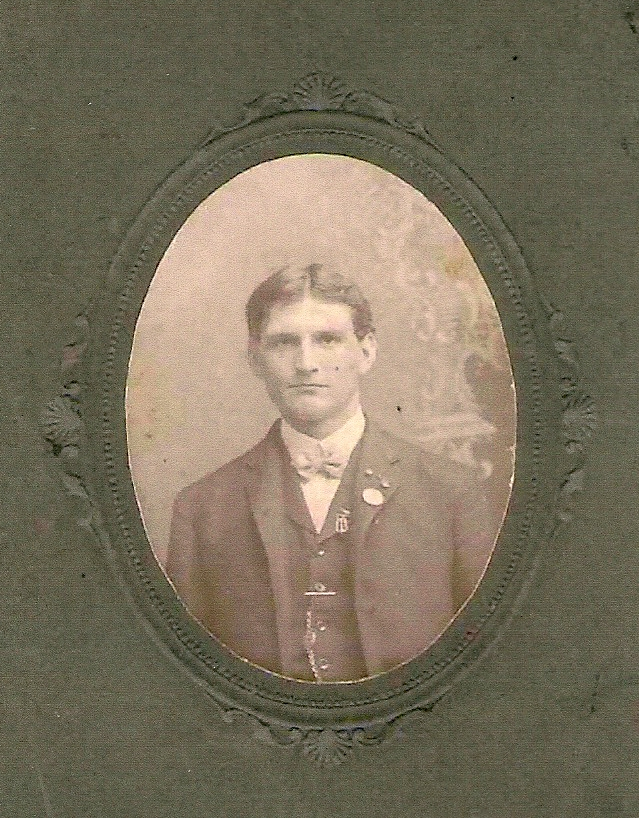 That same year, Lizzie (Schmidt) Lindemann’s brother, Herman Schmidt, moved from Dysart up to northwest Iowa to be nearer to his sister and brother-in-law. Herman took up the barber trade in the town of West Bend, Iowa, about 20-30 miles northwest of Humboldt. 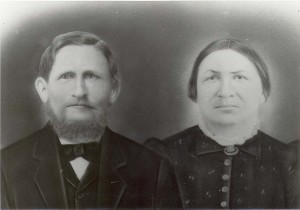 Herman and Lizzie’s parents (Conrad and Martha) and siblings (Henry, Anna and Margaret) soon followed them up to northwest Iowa, settling in about 1890 on farmland in the area that spanned from Kossuth County (just east of West Bend) down to neighboring Humboldt County. 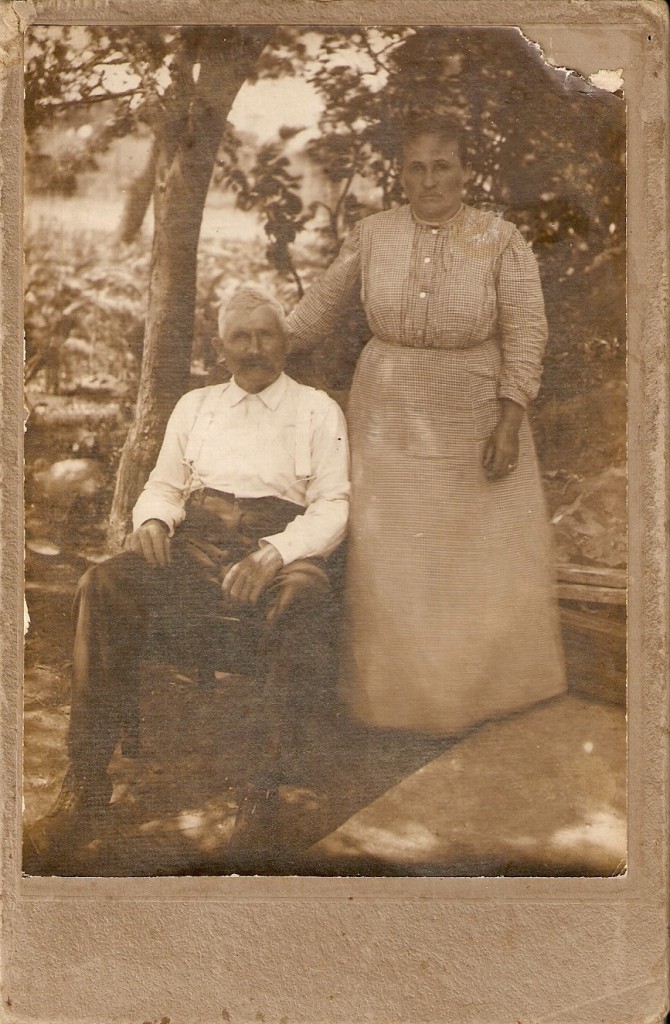 Finally, in 1893, Karl and Maggie (Lindemann) Schmidt moved their family from Tama County, Iowa up to the West Bend area. They settled on farmland in Palo Alto County, just west of the town of West Bend.

These Schmidt families who settled around the area of West Bend, Iowa multiplied into the thousands. Now, they are joining with thousands of other descendants of the Machtlos Schmidt family from across the country for a record-breaking reunion at the Clay County Fairgrounds in Spencer on July 30-31, 2016. Be there and represent your branch of this great clan!