If you want to have a conversation about Henry John Schmidt of West Bend, Iowa, you had better be careful. There were, in fact, 3 Henry Johns in the Schmidt family of that town, who all lived at the same time, and were all related to one another. All 3 even used the nickname “Heiney,” so it’s easy to get confused. Let’s get to know the 3 Henry John Schmidts of West Bend and see what set them apart from one another:

Henry John Schmidt Sr. was actually born with the name Johann Heinrich Lindemann. He was born on February 18th, 1862, in the village of Machtlos, Hessen-Kassel, Germany, to parents Conrad Jacob Schmidt and Martha Elisabeth Lindemann. His surname at birth was “Lindemann” because he was born out-of-wedlock. His parents, Conrad and Martha, would not be married until 3 years later, in 1865, at which point he was legitimized and received the surname “Schmidt” from his father.

As was common for Germans, his “Rufname” (the name he was called by) was actually his middle name, Heinrich, rather than his first name, Johann. He was christened on March 2nd, 1862 at the village church in Machtlos, being named after a friend of the family who served as a baptism sponsor: Johannes Bardt the day laborer and basket maker of Ronshausen.

Johann Heinrich (aka “Henry John”) Schmidt was the oldest of 9 siblings. He had four younger siblings who died in childhood (one was a brother named Conrad Dietrich, one was a brother named Johann Georg Conrad, the other two siblings’ names are not yet known), and he had four siblings who survived to adulthood (Katharina Elisabeth Martha “Lizzie”, Herman Balthasar Louis, Anna Sabine, and Margaretha Anna “Maggie”).

In the 1860s, his parents moved the family from the tiny hamlet of Machtlos up north to the larger Westphalian city of Essen. They lived first in Uemmingen (a sort of suburb of Essen) for a while, before moving in about 1871 to another suburb of Essen called Bochum.

In 1883, Conrad and Martha Schmidt and their five surviving children emigrated from Germany, heading to the shores of America. After a stormy journey aboard the ship Zeeland, they landed at Philadelphia on November 25th. The family took a train out to Dysart, Iowa, where they settled. There, Henry worked as a section hand for the railroad. 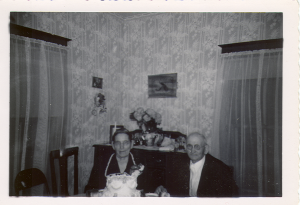 In the late 1880s, the Schmidt family began migrating northwest to the area around West Bend, Iowa, planting roots in the counties of Palo Alto, Kossuth, and Humboldt.

The 29-year-old Henry John Schmidt took a liking to 16-year-old Mary Moser, and the pair determined to elope. Mary’s father, Christian Moser, did not approve of the marriage given his daughter’s young age, but the two lovers fled to nearby Algona, Iowa, where they were married by Justice Taylor on April 7th, 1891. Mary’s father, Christian, caught wind of the scheme and went to Algona after them, but arrived too late, just moments after the justice pronounced them man and wife.

They made their home on a farm in Kossuth County, just east of West Bend, where they had 11 children: Fred, Mike, Henry Jr., Elizabeth, Chris, Marie, Conrad, Lydia, Earnest, Anna, and Esther. 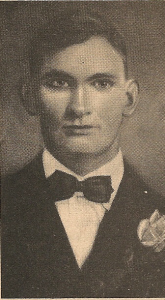 Henry John Schmidt Jr. was born on December 13th, 1896 in Garfield Township, Kossuth County, Iowa, just east of the town of West Bend. His parents were Henry John Schmidt Sr. and Mary (Moser) Schmidt. He was christened in the West Bend Lutheran Church in March of 1897. He was named Johann Heinrich Schmidt, after his father’s cousin, Heinrich Eisler, who served as baptism sponsor along with another cousin, Karl Schmidt.

Henry Jr. grew up in the West Bend, Iowa area, the third eldest of 11 children. His older brothers were Fred and Mike. His younger siblings were Elizabeth, Chris, Marie, Conrad, Lydia, Earnest, Anna, and Esther. In his youth, he worked on the farm and also worked on the construction crew of the famous Grotto Of The Redemption in West Bend. He was drafted into the US Army during World War 1. Henry and his fellow soldiers trekked down to a training camp in Amarillo, Texas, but by the time they got there in November 1918, peace was declared and the war had ended. 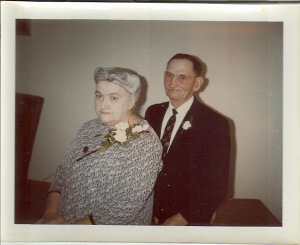 On the afternoon of January 26th, 1921, at the age of 24, Henry married Celina Pearl Wirtz in nearby Algona, Iowa, in a wedding officiated by Rev. Webster of the Baptist Church. The next month, he took his wife north to Winthrop, Minnesota, where they made their home on the farm. They would go on to have 12 children of their own: Arnold, Arline, Bernadine, Mary Ann, Eldwin, Viola, Marjorie, Mildred, Gladys, Dorothy, Lyle, and Joyce.

Henry John Schmidt Jr. fell ill at his home on June 18th, 1974, and died of an aorta valve burst at the Veterans Hospital in Minneapolis, Minnesota on June 23rd. He was buried in the Winthrop Cemetery. 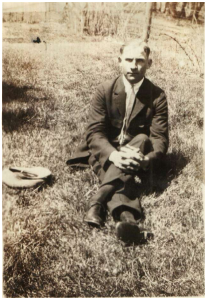 Henry grew up in West Bend, Iowa, the youngest of 8 siblings: William, Elizabeth, Edward, Charles, Michael, Anna, and an unnamed sibling who died in infancy.

On September 17th, 1928, at the age of 24, Henry married 18-year-old Belva Marie Perkins in Pocahontas, Iowa, with whom he would have 5 children: Darlene, Lyle, James, Marlene, and Keith. Belva was originally from Miller, South Dakota, and had come to West Bend with her family as a young girl. 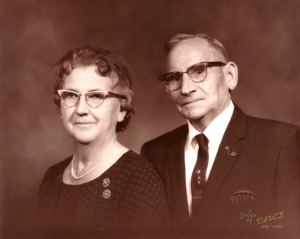 They first farmed near West Bend, but in the mid 1930s, they would make their home on a farm in Pocahontas County near the town of Rolfe. In the mid 1950s, they farmed near Mallard, Iowa, and by the 1960s, they were farming near Rodman, Iowa, where they ultimately remained. The family was active in the Methodist and Presbyterian churches of West Bend, Rolfe, and Rodman.

Henry suffered from a long, several-year illness in his old age, and died in West Bend on December 30th, 1974, at the age of 70. His funeral was held at the Presbyterian Church of Rodman, and he was buried in the West Bend Cemetery.

Meet the Descendants of all 3 Henry John Schmidts at the 2016 Schmidt Family Reunion in Spencer, Iowa! RSVP Today!